The Impact of Event Scale – Revised (IES-R) was designed as a measure of post-traumatic stress disorder (PTSD) symptoms, and is a short, easily administered self-report questionnaire. It can be used for repeated measurements over time to monitor progress and is best used for recent and specific traumatic events.

The IES-R has 22 questions, 5 of which were added to the original Horowitz (IES) to better capture the DSM criteria for PTSD (Weiss & Marmar, 1997). It is an appropriate instrument to measure the subjective response to a specific traumatic event in an adult or senior population.

There is a total subjective stress scale and three subscales:

The IES-R was designed and validated with specific traumatic event as a reference in the directions to the patient while administering the tool. The scale discriminates between a variety of traumatized groups from non-traumatized groups in general population studies. The subscales of avoidance and intrusion show good internal consistency. While related, the subscales measure different dimensions of stress response.

African-Americans have been shown to score higher than European-Americans on the IES in general population studies, an effect that diminished with increasing relative violence. This finding should be taken into account during interpretation.

The hyperarousal subscale added by Weiss and Marmar has good predictive validity with regard to trauma (Briere, 1997), while the intrusion and avoidance subscales detect relevant differences in the clinical response to traumatic events of varying severity.

Results consist of a total raw score, and raw scores for three subscales: 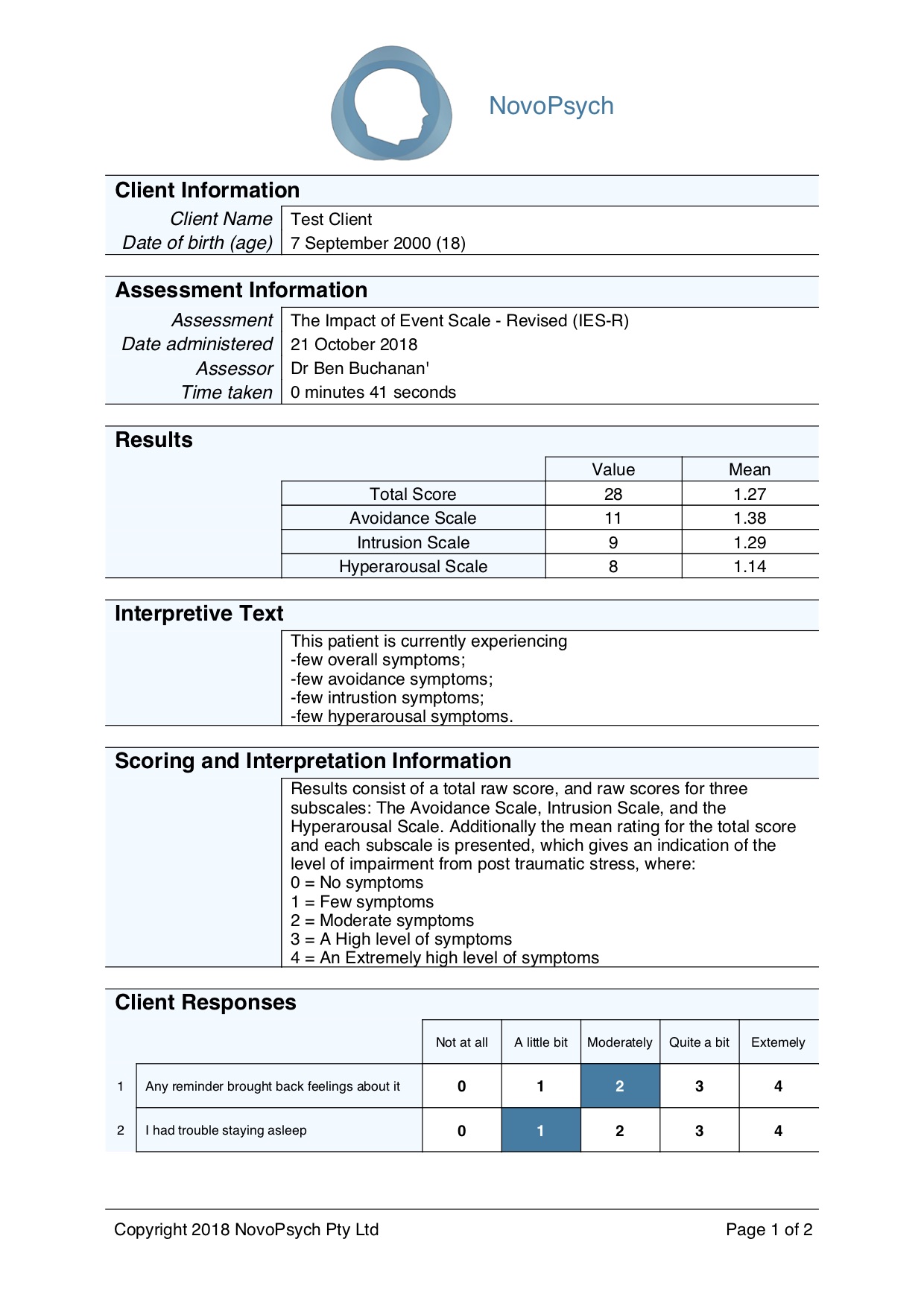