The Revised Child Anxiety and Depression Scale (RCADS-Child) is a 47 item self-report questionnaire that measures symptoms of depression and anxiety in children and adolescents aged 8 – 18.

The RCADS-Child consists of six subscales helpful in screening children for high prevalence disorders, including:

The RCADS-Child can be used to screen for and monitor symptoms of depression and anxiety over time.

A parallel version of the RCADS-Child, The Revised Child Anxiety and Depression Scale Parent version (RCADS-Parent) assesses the young person’s symptoms of depression and anxiety from the parent perspective and can be utilised in conjunction with the RCADS-Child.

The RCADS-Child was developed by Chorpita and colleagues (2000), validating with a sample of 1641 children and adolescents in the community. Six factors were yielded, consistent with DMS-IV disorders of anxiety and depression, including separation anxiety disorder, social phobia, generalised anxiety, panic disorder, obsessive compulsive disorder and major depressive disorder.

The RCADS-Child has also been validated in an Australian community sample (N = 405) of children and adolescents aged 8 -18 (de Ross et al., 2002). The sample was divided into two age groups, 8-12 years and 13-18 years of age and is used to derive percentile scores.

Sub-scales are computed by summing the following items: 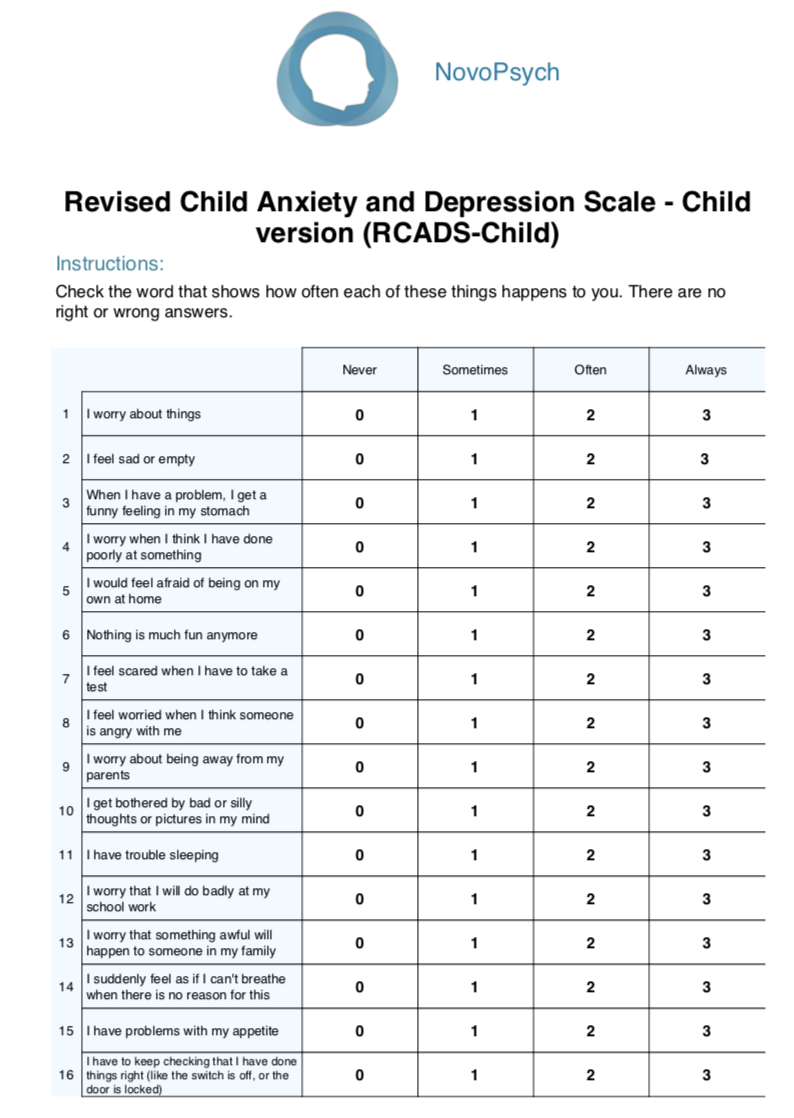