The RSES measures self-esteem using ten items answered on a four-point Likert-type scale — from strongly agree to strongly disagree. The RSES is one of the most widely used measures of self-esteem (Sinclair et al., 2010). Self-esteem is not a unitary construct and has been divided equally to measure two 5-item facets; self-competence and self-liking.

– Self-competence (SC) is understood as one’s instrumental value. Schmitt and Allik (2005) defined self-competence as ”feeling you are confident, capable and efficacious’.

– Self-liking (SL) is defined as one’s sense of intrinsic self value (Sinclair et al., 2010). Schmitt and Allik (2005) defined self-liking as ”feeling you are good and socially relevant’.

The scale has good predictive validity, as well as internal consistency and test–retest reliability (Schmitt & Allik, 2005; Torrey, Mueser, McHugo, & Drake, 2000). Cronbach coefficient has been shown to be high (M = 0.81) supporting the internal coherence of the scale. Sinclair et al. (2010) suggest that self-esteem scores are highly dependent on temporal affect, and therefore the scale may not capture trait based self-esteem adequately. Despite this, test-retest reliability over a period of 2 weeks reveals correlations of .85 and .88, indicating excellent stability. The RSES demonstrates a Guttman scale coefficient of reproducibility of .92, indicating excellent internal consistency.

Percentiles indicate how the client’s self-esteem compares to Sinclair’s (2010) adult sample. Percentiles provide a useful means for contextualising an individual’s response in comparison to a normative sample. While the typical healthy adult will score somewhere around the 50th percentile (plus or minus 20), it is very common for depressed clients to have percentiles below 5. 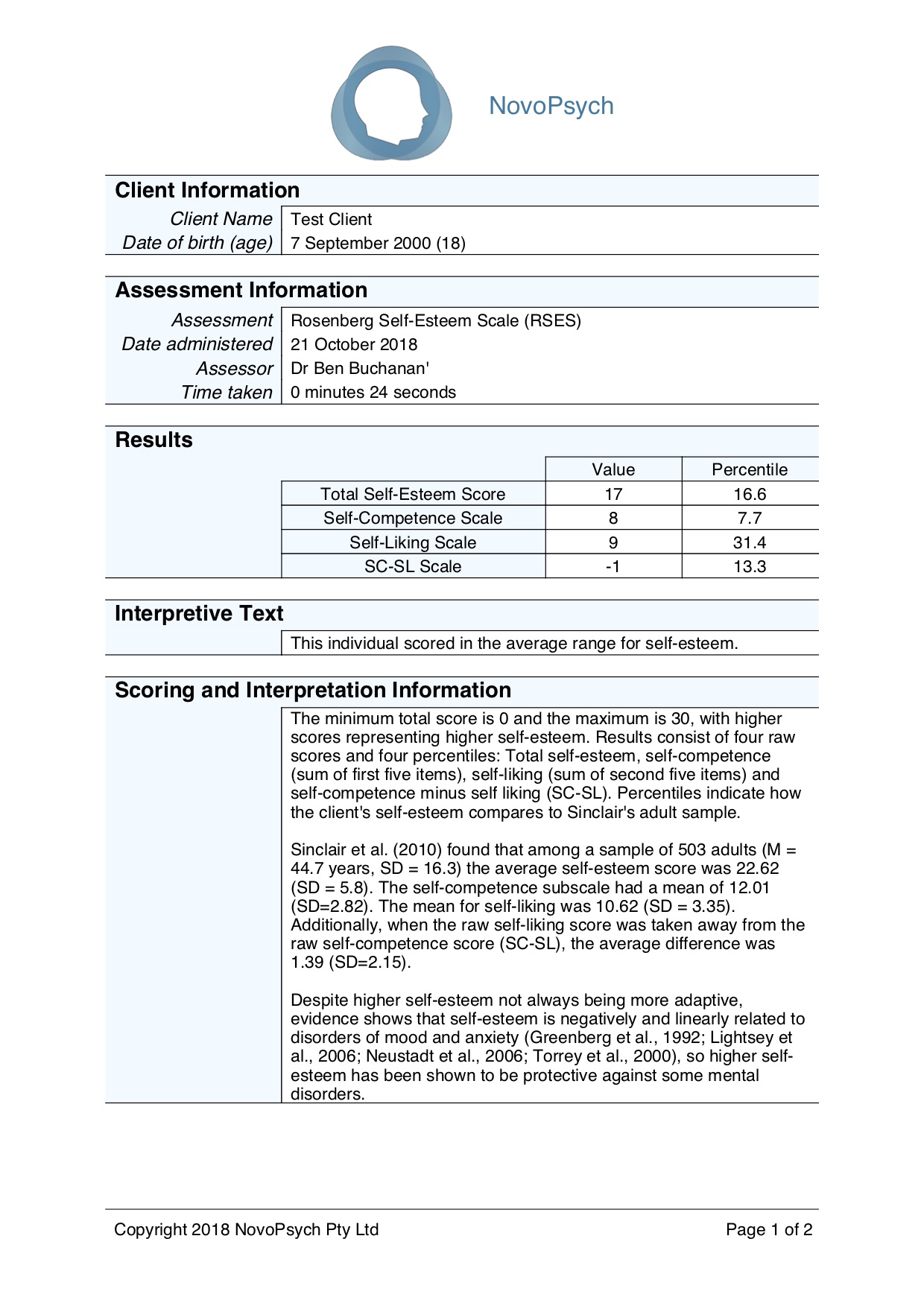