The Autism Spectrum Quotient (AQ) is a 50 item self-report measure used to assess traits of autism in adults and adolescents aged 16 years and over. The measure is suitable for men and women who have normal intellectual functioning. The AQ measures five symptom clusters important in understanding the profile of strengths and weaknesses for individuals with Autism:

The AQ is intended to be used to screen for autism spectrum and may make up a component of a thorough diagnostic assessment. A score above the proposed cutoff of 29 highlights significant traits of autism.

The AQ was developed by Baron-Cohen and colleagues (2001). They administered the scale to adults with DSM-IV classified Asperger syndrome (AS) or high-functioning autism (HFA) (Autism sample, N = 58) and to a control sample of randomly selected individuals from the community (N = 174). Psychometric analysis indicated adequate inter-rater and test-retest reliability. Internal consistency was moderate to high.

Items are summed to obtain an overall total score and scores for each of the five subscales. Higher scores indicate responses that are more consistent with autism traits.

A total score of 29 or more is indicative of clinically significant autism traits (Broadbent, et al., 2013). Using the cut-off score of 29 has a false positive rate of 1%, however will fail to identify 14.4% of people who actually do meet the diagnostic criteria for DSM-5 defined Autism Spectrum Disorder.

The total score and subscale scores are also represented as percentiles for comparison to gender specific norms for the Autism Sample and the Community Sample (Baron-Cohen et al., 2001).

Percentiles compared to the Autism Sample compares the respondent’s score to people who have been diagnosed with Autism, where a percentile of 50 indicates typical scores for someone with Autism. 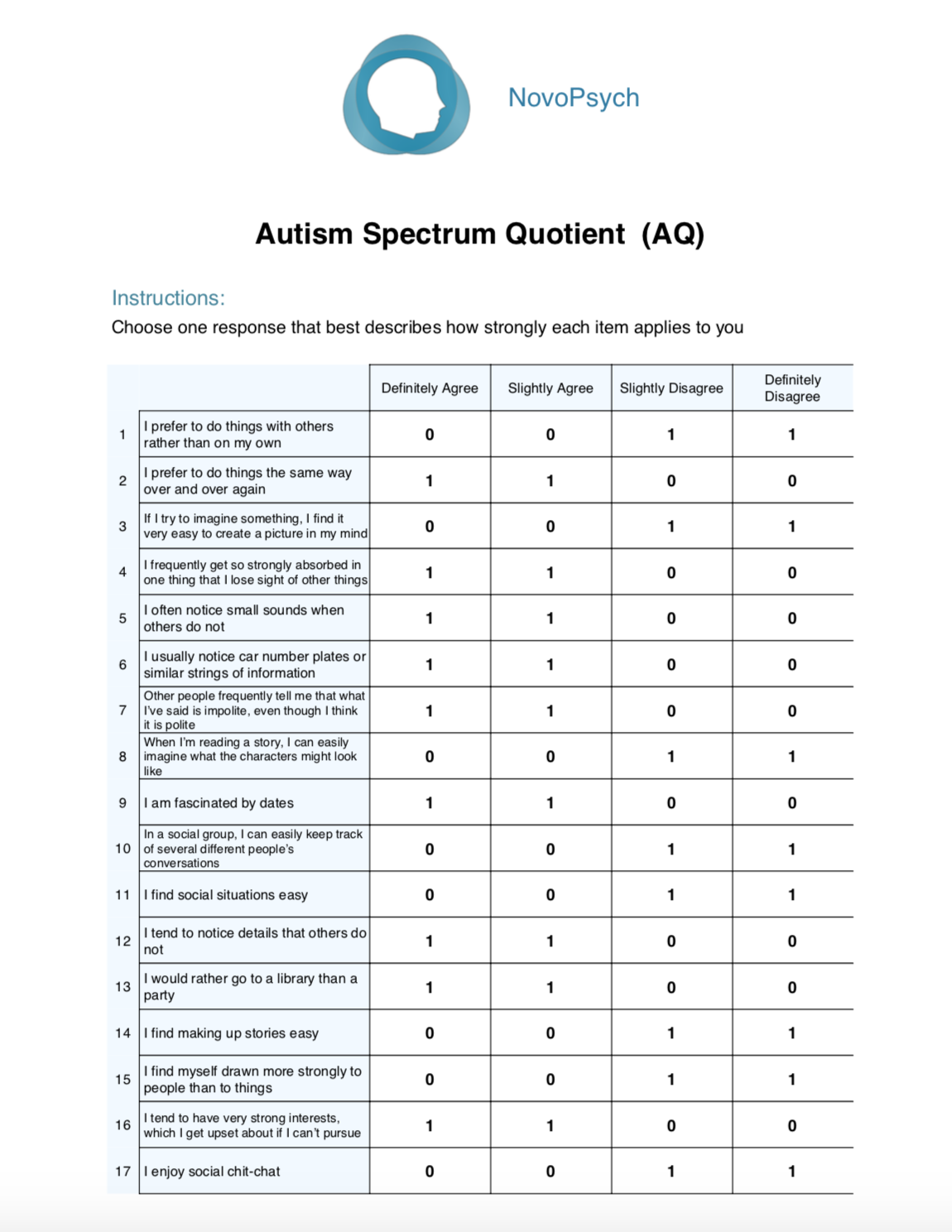