Psychometric characteristics of the Center for Epidemiological Studies Depression Scale for Children (CES-DC) were evaluated with 148 child and adolescent psychiatric inpatients (Faulstich et al., 1986). The sample were diagnosed with major depression, dysthymic disorder or another serious mental disorder requiring an inpatient admission. Psychometric properties were adequate, with an internal consistency of α  =  .89, and sensitivity was 80% with a cutoff score of 15, however the scale was not able to differentiate between inpatients admitted for depression or another mental illness.

Scores are presented as a total raw score (0 to 60) and two percentiles. Higher scores represent higher levels of symptoms. As defined by Weissman et al. (1980), a score of 15 or above is considered to be indicative of clinically significant depressive symptoms.

The Clinical Percentile represents the respondents score compared to children independently diagnosed with Major Depression or Dysthymia (Faulstich et al., 1990), where a percentile rank of 50 represents a typical score for a depressed young person. 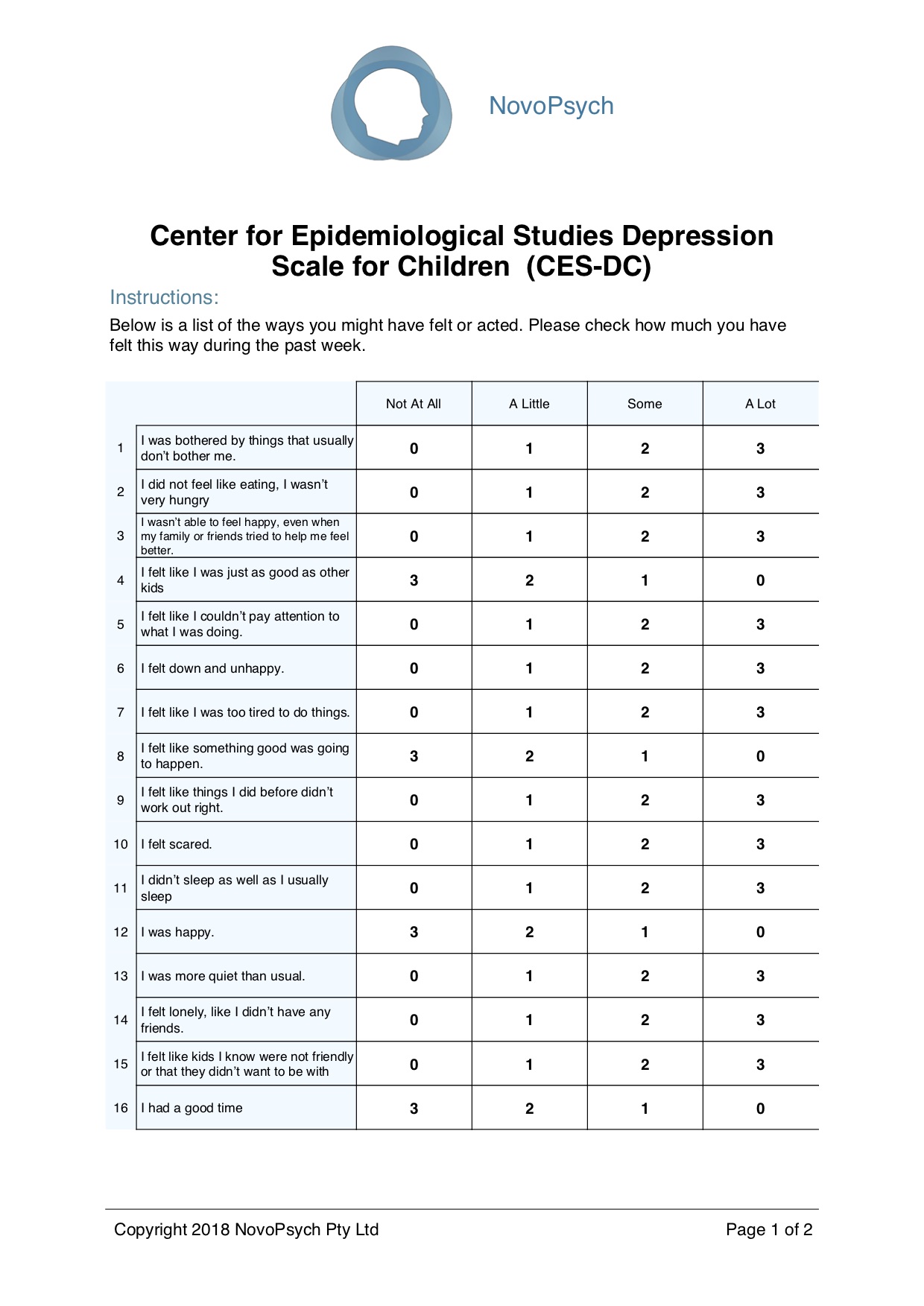